The Charitable Man is filled with the Holy Spirit 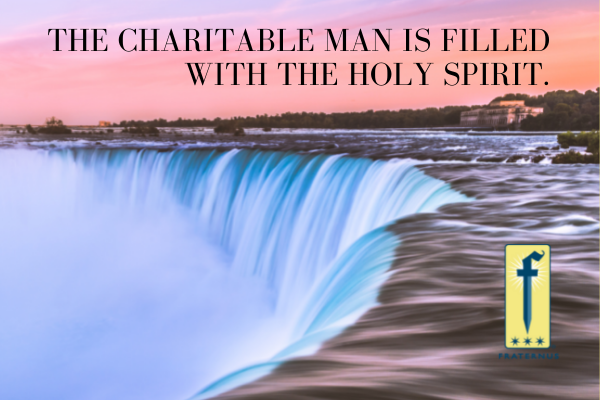 the tragedy of redemption

Depending on how we define some things, Christianity can be called a tragedy.  Christianity is indeed a story – one that you are a part of – and seeing yourself as a part of a cosmic tragedy might give some keen insights to how you see your “place” in it, and how you understand the grand and culminating feast days of the Ascension and Pentecost.  If these feasts come and go in some vague end-of-the-year blur for you, you’re missing something big about our faith.  In fact, the early Church would have even been confused at our lack of solemnity and care for the feast of the Ascension (many places in the world even moving this feast day from Thursday to the more convenient Sunday), which, for them, was the crown and completion of the drama of the Incarnation.

“Tragedy” is one of those words we use that has such a long history and evolution that sometimes we need to reach back to remember the power it actual contains (and, conversely, how callously and banally we use it today).  “Awesome” is a word like that, as in “behold the awesome majesty of God” vs. “wow, this pizza is awesome.”

According to Aristotle, tragedy occurs in a narrative when a hero goes from no fortune to good fortune or, more preferably, when a hero goes from good fortune to bad.  This often doesn’t happen because of some vice or fault, but a sort of fateful event that changes everything.  This sense of what is gained and/or lost is a good lens for the drama between God and man.

From the perspective of God, He can’t really “lose” anything in a way that diminishes What and Who He is.  However, we also know that He views man as His possession, unique among creation, Adam sharing dominion with God by sheer gift.  Man is made in God’s image and likeness and continues in a unique way His presence and action inside of creation.  God may not lose His nature when He loses man, but that doesn’t stop Him from coming after us to regain us.  Many struggle with a sense of self-worth, God’s pursuit of man should correct our deficient view of our own dignity.

When man sins, therefore, God “loses” man and man loses God.  This is tragedy.  In the Aristotelian view, we could simply stop here, and all good art kind of does.  While we love the redemption story, if you don’t start with feeling the emptiness and emotional sting of that loss, the saga of redemption becomes sappy sentimentality, and the story of Jesus gets drained and tamed.  (It may also be said forgetting the sting and sourness of sin allows us to forget the inner misery of those still wholly mired in it.)

The loss, however, is very lopsided.  God does not lose Himself.  He is still God, whole and perfect.  Man on the other hand is reduced to near nothingness.  He cannot be what he is, because he is a creature living in a conflicting reality of being made for God, inhabiting God’s creation, sensing God’s presence, yet being totally unable to reach God on His own.  He loses the life of God in himself while still living in the only reality there is, the reality that God is God and man is not.  As my old Protestant friends would often put it, there is a “God shaped hole” in man’s heart, but man has not within his power the means to fill it.  The only greater misery than this is when that misery is cemented into eternity – in hell.  In some ways, therefore, this life – despite its good elements – is but a foretaste of hell when we live without God, and the farther from God we get by personal and actual sin the more hell is all we can taste.

This helps us recognize the depth and power of the mystery of the “great exchange,” which is how we can understand the Ascension and Pentecost together.  These two feasts Jesus unites in His own words, when He says unless He returns to the Father (Ascension) the Spirit will not come (Pentecost).

But this is a bit confusing.  God is everywhere, and the Son is God, and the Spirit is God.  What then is “swapping” around when Jesus says He’s going up and the Spirit is coming down?  What is happening is just that, the great exchange.  When Jesus Ascends to heaven, He is forever uniting the human nature that He assumed in the Incarnation with the inner life of the Holy Trinity.  It is the drawing in of our created, physical reality into the perfection that exists in heaven.  God is “gaining” man by the Ascension – it is the way that God “recovers” what He “lost” when His possession – man – fell from grace.

Pentecost is how we fully gain and receive God.  When the Holy Spirit arrives, it is how man recovers what he lost when he sinned.  This is why the early Church saw these feasts as the culminating crown of the Incarnation.  If was amazing and astounding that God became man.  It was amazing and astounding that God dwelt amongst us, died on the cross, and then rose from the dead.  If the story stopped there we would be staggered by the implications.  But God wasn’t done at the Resurrection.  He then draws the life of man into Himself and gives Himself into the life of man by the Spirit.  That is why these feasts change everything, and why, for example, many rites still refer to all of the Sundays after Pentecost in relation to Pentecost instead of “ordinary time.”

Athanasius puts this mystery in startling words – “He became what we are that we might become what he is.”  Tradition holds that this very fact – that sinful man would not only be redeemed but be invited to share in the divinity of God – was so startling to the angels that it was the very reason Satan and the demons rejected their nature in the service of God and fell from heaven.  They served God before, but because they knew the awesomeness of His nature they refused to serve Him with man sitting next to Him “above” the angels.

And that is the picture of heaven.  It is the invitation given to us.  It is the end of our tragedy.  Just consider what God “lost” to regain us, and how little we lose in embracing Him when we compare the reward we receive.  And if you’ve grown comfortable with that truth, time to wake up!  “See where I stand at the door, knocking; if anyone listens to my voice and opens the door, I will come in to visit him, and take my supper with him, and he shall sup with me. Who wins the victory? I will let him share my throne with me; I too have won the victory, and now I sit sharing my Father’s throne” (Revelation 3:20-21).  Our God has gone before us, and gives us the strength and power to join Him.  This is the truth we live by as Christians.

From St. Augustine’s commentary on the Psalms, on man “being gods”:

“For He has given them power to become the sons of God.” John 1:12 If we have been made sons of God, we have also been made gods: but this is the effect of Grace adopting, not of nature generating. For the only Son of God, God, and one God with the Father, Our Lord and Savior Jesus Christ, was in the beginning the Word, and the Word with God, the Word God. The rest that are made gods, are made by His own Grace, are not born of His Substance, that they should be the same as He, but that by favor they should come to Him, and be fellow-heirs with Christ.

Catechism1287: This fullness of the Spirit was not to remain uniquely the Messiah’s, but was to be communicated to the whole messianic people. On several occasions Christ promised this outpouring of the Spirit, a promise which he fulfilled first on Easter Sunday and then more strikingly at Pentecost. Filled with the Holy Spirit the apostles began to proclaim “the mighty works of God,” and Peter declared this outpouring of the Spirit to be the sign of the messianic age. Those who believed in the apostolic preaching and were baptized received the gift of the Holy Spirit in their turn.