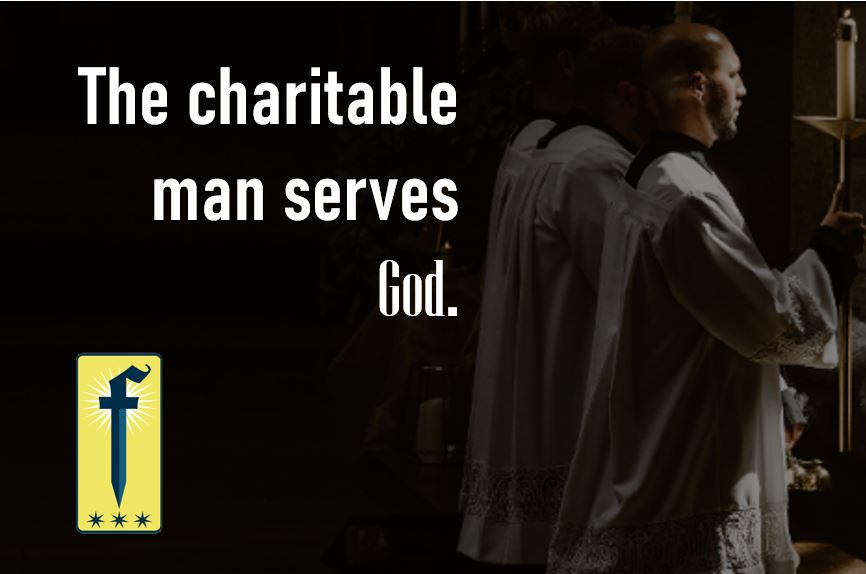 WHat's wrong with the 'pursuit of happiness'

Classical philosophy begins with the idea that each and every man desires one simple thing: happiness. All that he does he does because he thinks it is good for him, that it will bring happiness. That’s pretty easy to agree with. The harder thing, however, is the path. How does a man gain happiness? How can we recognize it? What things exactly bring happiness? What frees or restricts happiness within us? (Is it within us?)

If we think of happiness, the classic words echo in an American’s mind, that each has a right in his “pursuit of happiness.” But that phrase has been abused to the point it is confused, because far from the idea of pursuing an objective reality, we’re obsessed with defining what makes us happy – freedom itself is the definition of happiness.

And, let’s be honest. Most Americans know exactly what we mean when we say the pursuit of happiness – it’s the pursuit of material gain and security. But we’re not happy. Overall, we seem to be on a steady decent of unhappiness. Of course, the media conflates happiness with optimism, but even that is only defined economically – “consumer confidence” is somehow some sign of good feelings, and happiness, therefore.

But, if we have an objective morality and a belief in God, it would not be the “pursuit” that brings happiness, but the object of happiness – the thing and stuff of it. It would be God and anything He has called us to. This is the stark difference, as St. Augustine put it, between those two unending ends of human seeking: the City of Man and the City of God. “[The] earthly city glories in itself, the Heavenly City glories in the Lord,” as he said. The “pursuit of happiness” in material success and individual liberty, then, is not Augustine’s path to happiness. It is the pursuit of God. This is why the saint can be free and live under totalitarian rule and the sinner can be free and have his pick of personal pleasure. “Thus, a good man, though a slave, is free,” says Augustine, “but a wicked man, though a king, is a slave.” To be happy is to seek God and virtue in relation to the order of grace.

Therefore, since we often measure happiness as freedom itself, or gain, the American mind would say the land of the free is the home of the happy. That is the essence of modern liberal society. St. Augustine would say the home of the happy is the home of the free, because their happiness cannot be taken from them since it comes from the Hand of the Father. As Aquinas says, because we have an appetite for eternal truths, it is “impossible for any created good to constitute man’s happiness.” Only God can. No government or power can take that from us, but they can take or limit our stuff and “freedom” as understood in individual liberty.

The freedom in God also comes at the price of our individual liberty. It is in the presence and acceptance of law, God’s law, that we are truly free, not in the freedom from law. This is the essential difference in God’s proposal to us and the devil’s, as seen in the Garden of Eden when we “will be like gods” if we but make our own laws, eating our own fruit on our own terms.

But, God’s law is not merely one of submission (though it is that), but more specifically it is the submission to the life of God, which is love (caritas)given to us by grace. We don’t serve God out of justice alone, but in love. And in this love – received from Him and offered back – we find freedom. This law of love turns us away from the self-seeking pursuit of happiness toward the service of our brother. “Whereas one who gazes into that perfect law, which is the law of freedom, and dwells on the sight of it, does not forget its message; he finds something to do, and does it, and his doing of it wins him a blessing” (James 1:25). Happiness is not freedom from law (restraint originating outside of ourselves), but, according to St. James, is law in freedom. It is not submitting to nothing, but submitting to the right things.

The “pursuit of happiness” does not guarantee the finding of it, just the seeking. God, on the other hand, is not nearly so facile in his offer. “Happy men call such a people as this; and is not the people happy, that has the Lord for its God?” Happiness, to put it as simply as possible, is serving God. That seeking is not a tentative risk. “Seek and you will find,” says Our Lord.

We know, however, that in this life we “see through a glass, darkly,” but in the next life we will see God fully, as He is. Aquinas differentiates this as a “perfect happiness,” achieved only in heaven, and the “imperfect happiness” (felicitas), that we can enjoy on earth as a foretaste of heaven. We are, as we know, pilgrims in this life as we pursue God. But happy pilgrims we are, because we seek that which alone can fully satisfy. It is not, therefore, a “pursuit of happiness,” but happiness in the pursuit. The charitable man serves God, and in this he is happy.

St. Augustine on happiness, from The Confessions:

But now, the more ardently I loved those whose wholesome affections I heard reported–that they had given themselves up wholly to thee to be cured–the more did I abhor myself when compared with them. For many of my years–perhaps twelve–had passed away since my nineteenth, when, upon the reading of Cicero’s Hortensius, I was roused to a desire for wisdom. And here I was, still postponing the abandonment of this world’s happiness to devote myself to the search. For not just the finding alone, but also the bare search for it, ought to have been preferred above the treasures and kingdoms of this world; better than all bodily pleasures, though they were to be had for the taking. But, wretched youth that I was–supremely wretched even in the very outset of my youth–I had entreated chastity of thee and had prayed, “Grant me chastity and continence, but not yet.” For I was afraid lest thou shouldst hear me too soon, and too soon cure me of my disease of lust which I desired to have satisfied rather than extinguished. And I had wandered through perverse ways of godless superstition–not really sure of it, either, but preferring it to the other, which I did not seek in piety, but opposed in malice.

The inescapable meaning of life…

Catechism 358: God created everything for man, but man in turn was created to serve and love God and to offer all creation back to him:

What is it that is about to be created, that enjoys such honor? It is man that great and wonderful living creature, more precious in the eyes of God than all other creatures! For him the heavens and the earth, the sea and all the rest of creation exist. God attached so much importance to his salvation that he did not spare his own Son for the sake of man. Nor does he ever cease to work, trying every possible means, until he has raised man up to himself and made him sit at his right hand.