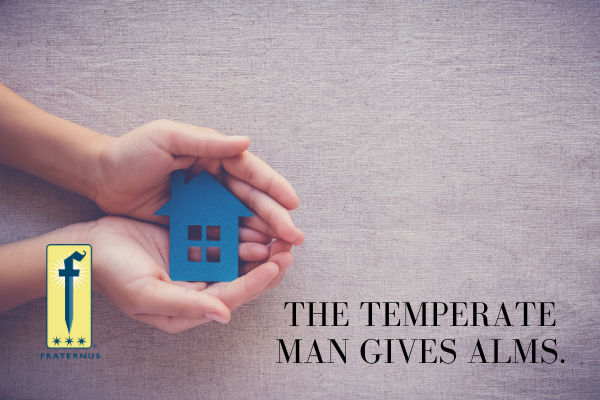 the 10th commandment: vague placeholder or key to happiness?

Have you ever thought that the ten commandments kind of start strong and peter out?  It’s like listening to a sermon that starts strong (“You shall have no gods before Me!”), gets appropriately practical (“Honor your parents”), but then gets so broad that it sounds like a platitude.  I’m speaking of that last commandment, “you shall not covet thy neighbor’s goods.”  The ninth is a touch more specific – “you shall not covet thy neighbor’s wife” – but, really, that last one just sends us off in a way that makes it look like a placeholder.  In the full version in the scripture, it isn’t just don’t covet goods, but it is specific on lots of those goods: servants, livestock, and anything else he has.

Rene Girard, in his book I See Satan Fall Like Lightening, has an illuminating explanation of the tenth commandment, and shows us why it is so important.  In fact, the first and the last are the bookends of the commandments, and the whole moral and spiritual life is understood better when we recognize it.

Girard points out that there is something very different about the last commandment: “The tenth and last commandment is distinguished from those preceding it both by its length and its object: in place of prohibiting an act it forbids a desire.” (pg. 7 of the 6th printing by Orvis Books and others).

Desire becomes the interpretive key that differentiates the tenth from the others, but also gives us the way to be faithful to them.

Those of us with small children have a perfect image to understand this better.  Child A sees that Child B has something that either looks good, or maybe just notes that it seems to bring Child B with delight.  Child A, therefore, decides he wants that thing – and he is willing to do much to get it, including violence.  He might even make some case that the object in question is really “MINE!”  Or at least he wants it to be and he is willing to do all sorts of things to make it so.  We say to them, in tones satisfied in their maturity, “You only want that Tonka truck because you saw him with it!”  We go on: “You didn’t even want it a minute ago when you were playing with the trains!”

The fact is all desires are born from our encounter with the goods of others.  We all change what we want when we see our neighbor’s Tonka (or Corvette).

Just consider something you desire… really, think hard on it.  What do you “want” as a result of this day and your work?  Do you want prestige?  A nice and clean car?  Big house?  Human respect?  Popularity?  To be a “leader?”  Seriously, stop and ask yourselves what things you want, and what things you want people to say you have.  We need to know the “why” of our actions.  Do you want people to think you are tough, balanced, nuanced, smart, hard-working, poetic, rich, or disciplined?  Really, what are the things you want, and where did that want come from?  You want it because you perceived it as a good possessed by your neighbor.

St. Francis de Sales never desired a Corvette, not just because he was a saint, but because he never saw one.  I have to first perceive a good before we want to make it “mine.”  In this desire to “make it mine,” according to Girard, we simultaneously violate the first commandments – making God the total object of our worship – and we create the source of human conflict.  The preceding commandments are all against acts of violence toward our neighbor: lying, stealing, killing.  The fact is, all of those things are done in order to protect what we possess or to get what he possesses.  What besides desires would motivate lying, stealing, and killing?

There is great wisdom in the religious life, when the members literally cut off from view the goods of others, and all-in sight possess the exact same things.

(As an aside, there is a way to see the good of others, to even desire it, without trying to make it yours.  It is called love.  Love delights in the good of the other, and insofar as it might receive those goods, it does so with gratitude to the giver, and without any sense of grasping or manipulating.)

Let’s make sure we state a truth of this world: God created the world with a cultivatable abundance that satisfies the true and natural needs of all men.  There is no need for war over resources, because there is enough for everyone.  Creation is not a reality TV show where heavenly viewers watch the inhabitants of earth fight over an insufficient amount of goods all while demanding they be nice.  Also, God made us for Himself, so our truest desire – the one that all others can only attempt to fulfill – is the desire for God.  God has also made Himself available to us by reason, revelation, and the direct gift of grace.  It is true what the Psalmist says, “There is nothing I shall want.”  That is, unless I peak over the fence at greener grass – and it is always greener not just because it is our neighbor’s grass, but because it isn’t yet ours.  When it comes to goods, the disorder of sin causes us to either hold them with hoarding jealously (a sin possible when we possess something) or to desire them in envy (the since that comes when we don’t yet possess something).

It wasn’t long after Adam and Eve desired autonomy from God that Cain wanted the good that Abel had and killed him for it.  Envy of God and envy of neighbor are the first two sins.  This should illuminate the logic of those “bookends” of commandments: desire God and don’t desire what your neighbor has.  The tenth commandment is not vague, but an all-encompassing correction of the source of so much disorder and sin.  Faithfulness to “thou shalt not covet thy neighbor’s goods” would not only stop my children’s first fight over Tonkas, but would stop wars, contentions, arguments, backbiting, and all conflicts of man.

This might enlighten and encourage us especially during Lent.  Prayer, alms, fasting.  In prayer we confirm and strengthen our true and good desire for God.  In alms we give to our neighbor instead of trying to take from him.  And in fasting we remind ourselves that earthly goods are made for man, not man for earthly goods.  So, no, that last commandment is not vague.  It is the protector of the others, setting us on the path of holy desire.

From the encyclical Quadragesimo Anno by Pope Pius XI:

For justice alone can, if faithfully observed, remove the causes of social conflict but can never bring about union of minds and hearts. Indeed all the institutions for the establishment of peace and the promotion of mutual help among men, however perfect these may seem, have the principal foundation of their stability in the mutual bond of minds and hearts whereby the members are united with one another. If this bond is lacking, the best of regulations come to naught, as we have learned by too frequent experience. And so, then only will true cooperation be possible for a single common good when the constituent parts of society deeply feel themselves members of one great family and children of the same Heavenly Father; nay, that they are one body in Christ, “but severally members one of another,”[71] so that “if one member suffers anything, all the members suffer with it.”[72] For then the rich and others in positions of power will change their former indifference toward their poorer brothers into a solicitous and active love, listen with kindliness to their just demands, and freely forgive their possible mistakes and faults. And the workers, sincerely putting aside every feeling of hatred or envy which the promoters of social conflict so cunningly exploit, will not only accept without rancor the place in human society assigned them by Divine Providence, but rather will hold it in esteem, knowing well that everyone according to his function and duty is toiling usefully and honorably for the common good and is following closely in the footsteps of Him Who, being in the form of God, willed to be a carpenter among men and be known as the son of a carpenter.

The Just Man Gives to the Poor, by Thomas Connelly

Why We Pray, Fast, and Give Alms (catholiceducation.org)

2443 God blesses those who come to the aid of the poor and rebukes those who turn away from them: “Give to him who begs from you, do not refuse him who would borrow from you”; “you received without pay, give without pay.” It is by what they have done for the poor that Jesus Christ will recognize his chosen ones. When “the poor have the good news preached to them,” it is the sign of Christ’s presence.